Cost: Day Trip to Ricks Cafe is around $67

Ricks Café in Negril is one of the most popular attractions in Jamaica.  Ricks Café is actually a Bar & Restaurant, but many people visit to watch the beautiful and awe-inspiring sunset. The café is located on the top of a 35ft cliff that is located on the far west side of Negril, Jamaica, and is only a short distance from Sandy Haven Resort.

If you visit Ricks before sunset you will notice crowds gather to watch the cliff diving, now would be a good opportunity to sit back with a Red Stripe beer and relax, the magic is only just beginning.

Or maybe you’re thinking about taking on the challenge yourself? Just a heads up, the rush of blood to the face is unreal, and the water is definitely a shock to the system!

If you’re a thrill seeker and fancy some great food, then Ricks Café is one to add to the list. As one of the most visited attractions it does get busy, so do make sure to get there early. After the sunset relax and soak up the positive vibes with some Reggae music and a couple more local beers. 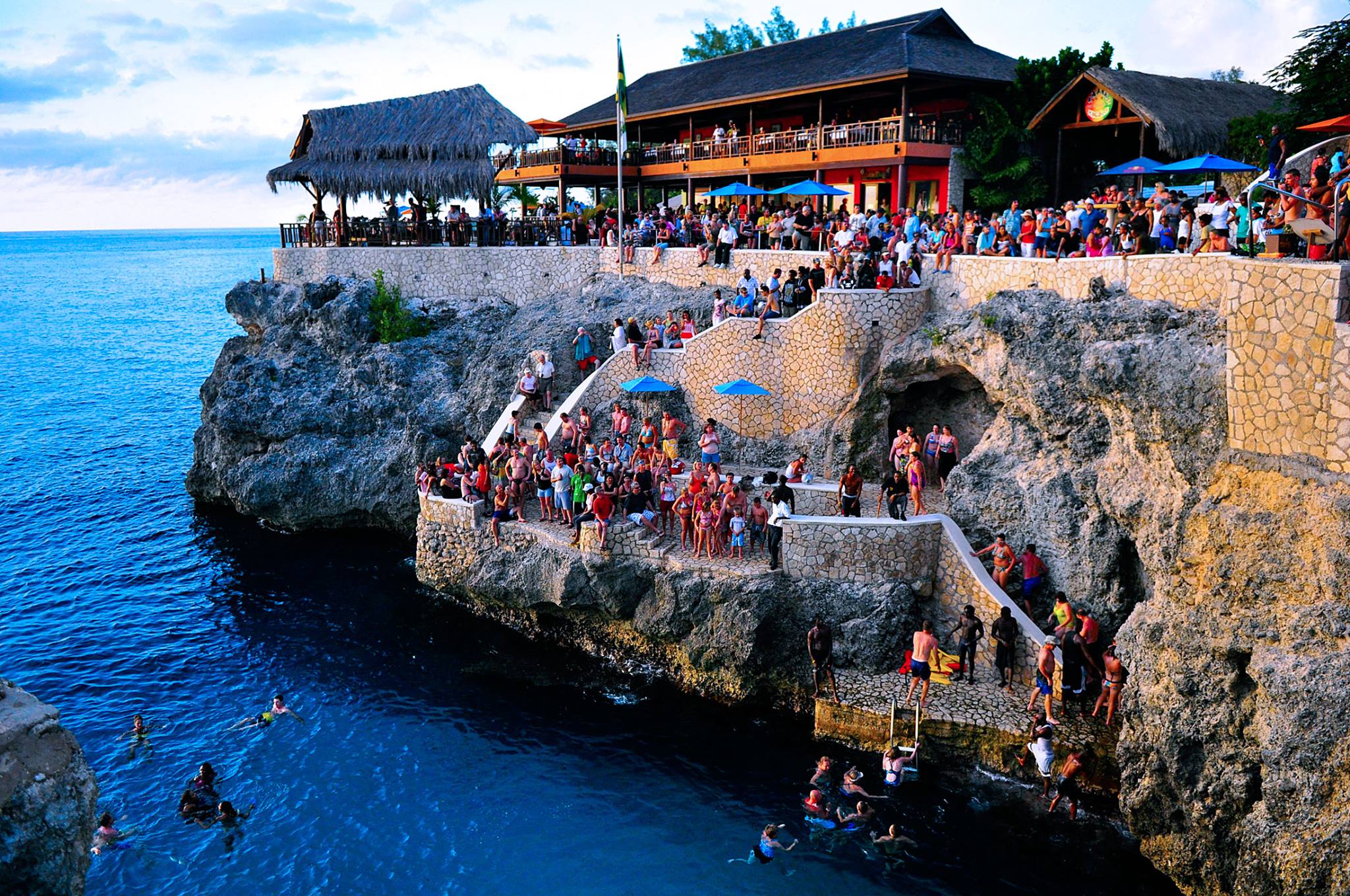 Ricks Café Bar and Restaurant was established in 1974 by Richard Hershman (aka Rick), and was the first public bar on the West End Cliffs. At the time of opening, Negril was not a tourist attraction like it is today, and those that visited went mainly for the swimming and sunbathing.

Ricks has been hit twice by natural disasters. Hurricane Gilbert in 1984 and Hurrican Ivan in 2004, and yet Ricks remains one of the hottest attractions in Negril, coming leaps and bounds in the last 45 years.

Currently, Ricks Café ranks among the top ten bars in the world as well as the 21st most modern Caribbean locations. If it wasn’t on your bucket lists, it is now!

Things to Bring with You to Ricks Cafe

With fantastic locations to visit, places to eat and things to explore all within a short distance of our resort, why book elsewhere?